What Italy Taught Me 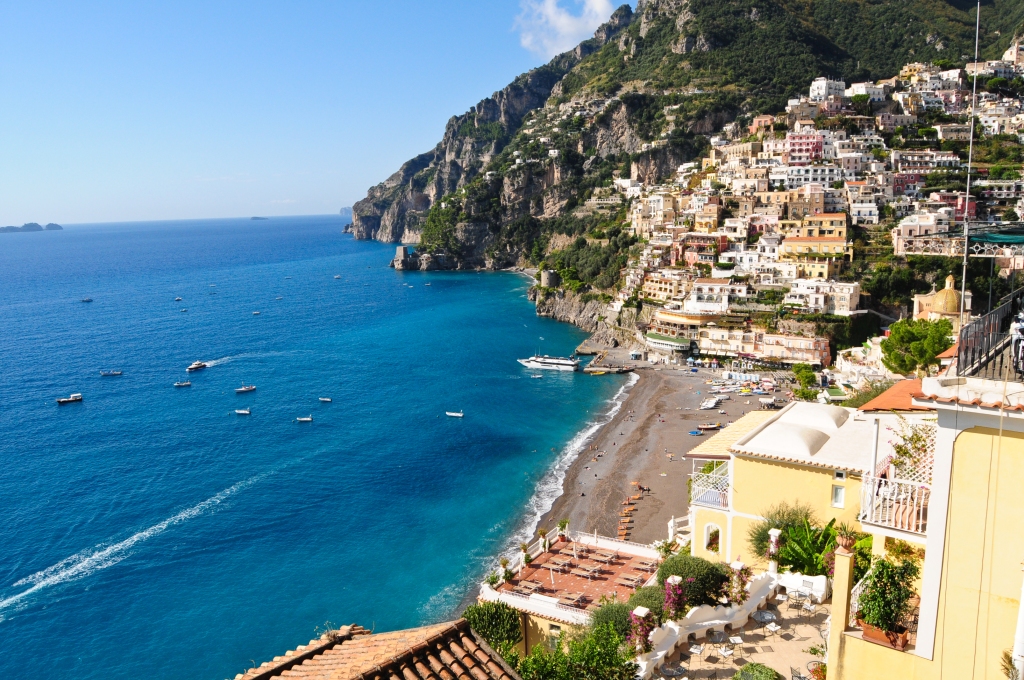 What not to pack-

Unless you want the whole country to know you are an American tourist, leave your shorts, gym clothes, and clunky white American tennis shoes at home. No one, other than maybe cruise ship passengers would be caught dead sporting this type of attire outside of a gym. Sadly enough this includes yoga pants. Italians dress nice, so if you want to blend in plan to wear modest skirts, tops, boots, sandals, and even dark slim sketcher-type tennis shoes if you’re worried about aching feet.

If any of your shirts show even the slightest hint of cleavage, toss them out of your suitcase right now- Trust me, Italian men don’t need much encouragement and any part of your girls peeking out from the top of your shirt will cause lots of unwanted attention. Italian women are probably born with this knowledge and dress accordingly, most take it a step further by covering themselves with scarves and pashminas. I rarely see a female without one and I’m betting the scantily clad women are probably unaware Americans. Many of the chapels don’t even allow women with as much as exposed shoulders inside.  So prepare to mummify yourselves.

Showers in Italy leave a lot, a whole whole lot to be desired, even in the nicest hotels with some so small they make turning around a challenge, even for a small person like me. And water pressure- forget about it. Ok maybe I’m just a little spoiled by America’s overindulgent fancy dual showerheads, extra jets spurting out enough pressure to remove several layers of skin… and perhaps even a little sin- you know from baring our shoulders during mass.

On the plus side, there are the bidets which more than make up for what the showers lack, leaving me wondering- Why in the world are these ingenious little contraptions not more popular in the states? Anyway, maybe it’s just a cultural thing, the same reason washcloths don’t seem to exist in Italy. Do they even make them? I don’t know, but I’ve yet to see one.

And while we’re on the subject of bathrooms, Always carry loose change. What does that have to do with bathrooms you wonder. In many places you have to pay to pee and being one who rarely carries any cash, I find this super frustrating, especially in public places like the train station. Even the free bagnos have attendants responsible for keeping them squeaky clean and you’ll likely come face to face with one when exiting a stall. She’ll offer you lotion, cologne, mints and you will want to give her a little tip, why because she looks like someone’s  grandma and because her job stinks.

So you’ve bought an Italian phrasebook and have been practicing. Be prepared when you try to impress someone with your new language… And they actually understand you and Oh my gosh- Respond. What now because you have no clue what they are saying and flipping through your phrasebook isn’t going to help because they’re still talking 100 miles an hour and probably at this point laughing at you as you frantically flip the pages trying to figure out what they are saying.

Also, the Italian men who speak at least some English will rarely admit when they don’t understand what you’re saying. It takes a lot of practice to watch their expressions and signals to learn they have no idea what you’re talking about. Make sure when you meet English speakers, you skip the slang terms- You will cause a misunderstanding if you say “Oh that stinks,” unless you really mean something smells bad. Don’t use contractions either, say cannot instead of can’t. When there’s several variations for a word, stick to the most proper word, i.e. instead of belly, tummy, gut, use stomach.

Learn the phrase Non capisco (I don’t understand) so you don’t appear rude when someone’s trying to speak to you in Italian. It also helps to smile when you say it.

If you’re a solo traveling woman, Repeat after me- Ho un marito (I have a husband). Even if you don’t, it will at some point come in handy.

The coffee here will kill you. Ok, not really but it conjures up images of hot jet fuel on the palate and no amount of sugar and cream can help. The only way I get it down is to dilute it with half hot water. Most places do offer great mild cappuccinos.

Water is either still or with gas (sparkling), even in the convenience stores, so pay attention when buying it, especially if you have a strong preference.

Italians eat small continental-type breakfasts, usually a pastry or some type of bread with their morning jet fuel. I’m guessing they don’t want to dilute the caffeination effect, which for me means quivering insides and hands to shaky to even hold my camera.

Learn to like or at least tolerate olives. They’re about as easy to avoid as candy at Christmas and are in every dish, growing in almost every yard, everywhere. There’s no escaping them. At some point you will at least accidentally ingest one, embrace it.

Prepare your palate for the lack of 1,000 calorie salad dressings, a staple in every American restaurant, only oil and vinegar here.

Fish here is expensive, I mean really expensive, like sell a kidney kind of expensive. Doesn’t matter that every restaurant I visit is a stone’s throw from the sea where there’s an overabundance of them. I guess I should have realized when I learned it was sold by the gram, you know like cocaine. With that being said, it is worth ordering especially in a place where you get to choose your catch from a tub of ice or window display, wait for it to be buried and cooked whole in a pan of salt, then cleaned and drizzled with olive oil at your tableside. Delizioso.

In the Amalfi region, delicious Lemoncello and Wild Fennel Liquor apertifs are often served with lunch and dinner, hmmm no wonder the Italians take an extra long lunch.

Beds are extra firm and bring back memories of childhood camping- on the ground, so when you leave home, prepare to bid arrivederci to the comfort of your pillowtop mattress. On the plus side, whenever I travel Europe or stay in European hotels in the states where brick beds are common, I notice my achy back seems suddenly healed, at least until I get back home and all snuggled up in my squishy softness.

Italian hotel rooms offer less amenities than Americans are used to- many have no television and if they do only offer a few channels, I guess they expect visitors will actually be out doing things rather than laying in bed watching the televisione. Many rooms don’t offer alarm clocks or booklets of information. Recommendations on things to do, places to eat will have to come from hotel staff or you could just take your chances and go explore.

If driving or riding in NYC leaves you on anxiety meds, prepare yourself, and bring your meds along. I’m not even sure why those pointless traffic signs are placed along Italy’s roadways, since no one, except maybe foreigners even pretend to obey them. Stop simply means slow down and yield means accelerate enough so you can beat the other guy heading in the same direction. If drivers see a sight they’d like to explore, they simply stop the car in the middle of the mountainy road, get out and take their time looking over the edge. No worries about the other drivers, they will go around, usually after a few horn honks and unusual gestures. If you find yourself on a one-lane road speeding head on towards another car, bus, or moped, don’t be intimidated. Remember, he who shows fear first loses… and will have to back up, even if it means driving around a treacherous mountain in reverse. Don’t be a chicken. And on the highways as far as speed limits go, don’t bother trying to see if there are any actual signs posted, you’ll be going to fast to notice anything but blurs. Speed is dictated by the bumper of the guy in front of you, no 3 to 6 second following rule here.

Italians take pride in their jobs and well, just about everything. Waiters, hotel employees, the whole hospitality industry is paid well and it shows in their work. You will never see a waiter reach across you or act like your being there is bothering them. The ones I’ve met have made careers out of their jobs and have no desire to do anything else. It’s as if they were born for this job. In America we only expect college students or job hoppers to have these type of positions and we pay them accordingly. When tourist season ends, some of the towns basically shut down and the hospitality employees take a nice long break. Also, expect a nice long lunch break each day from around noon until 2:00 or 3:00 as most businesses and shops shut down for a few hours.

In the states most of the smokers I know shamefully hide their habit and are about to start their 675th attempt at quitting. I guess the whole lung cancer/ cigarette smoking connection hasn’t caught on in Italy because everyone smokes. On the bright side, the vino flows freely here and it’s common to see house bottles on the tables during both lunch and dinner. This I can gladly adapt to.

Putting aside all of my cynicism and silliness Italy in all its splendor, welcomed me with open arms, taught me to breathe, to just be still and take in her magnificent wonder waiting for me around every corner, in every town throughout my journey.  Italy taught me, the Italians are right, there is no better place on earth.

In a couple of months, I will be heading back for more. I am counting down the days til we meet again…. 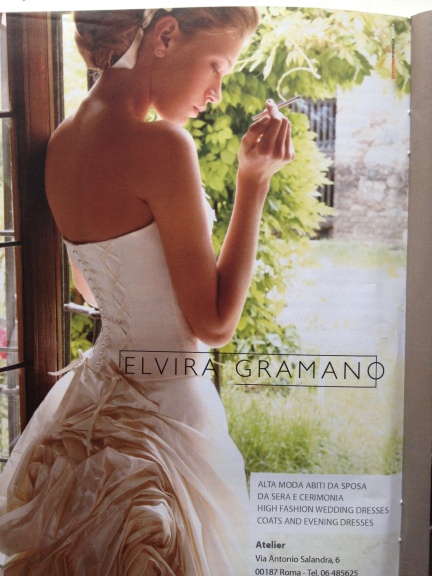 Taken From my Roma Turista Guide